Have you seen the new Tilda Collection called Sunkiss? It’s a feast for the eyes with each print deserving to star in its own right!

It’s simply bursting with blooms, and all of them have their faces upturned to be kissed by the sun, so the name is very appropriate.

I just couldn’t get the blooming idea out of my head, and so this special pillow was born.

The background of the pillow has on point squares, and they looked so pretty that after straight line quilting along the seams, I was tempted to leave it at that!

But one of my signature designs is to add an oval, and I had a flash of inspiration where the Tilda prints from Sunkiss were the starring flowers along the bottom. I had so much fun designing special flowers, and fussy cutting them from the vibrant prints. The dots collection that coordinates with all the Tilda ranges is also so cute and there are several more colours being added with the upcoming collection too! You might spot an early peek of a new colour in the bouquet…!

I found a nice quote that wasn’t too long, and hand embroidered the first part, and machine appliqued the word ‘bloom’ in a lovely informal scrawly font. I like to back the fabric with extra high loft batting to make the lettering really puff up. The aqua dots from the coordinates range was perfectly suited to being used for the script font.

The oval has a sweet touch of mock piping along part of it, something that looks complicated to do, but is actually really easy.

I was a little disappointed that the finished pillow was so busy, and but it’s so bright and cheerful that I go from regretting the busyness, to loving it all over again!

There’s tulips, daisies, pansies, and starflowers, some appliqued with satin stitch, and some with raw edge applique.

For an interesting finish, rather than just making a traditional cushion, I’ve given this one a gusset, with a thick edge of piping. Piping is always worth the extra effort that it takes to make it…it gives such a professional finish. I then had to make an insert to fit as well, and it took a huge amount of stuffing to fill it firmly!

This was such a fun project to design, and gives me lots of ideas for similiar future projects!

What will you make with your Tilda Sunkiss?? 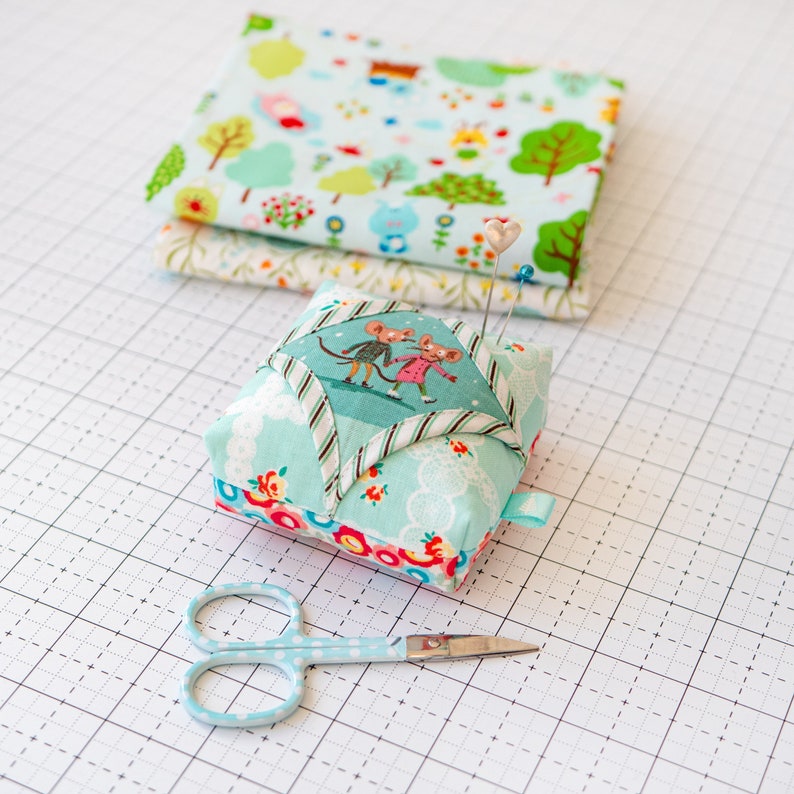 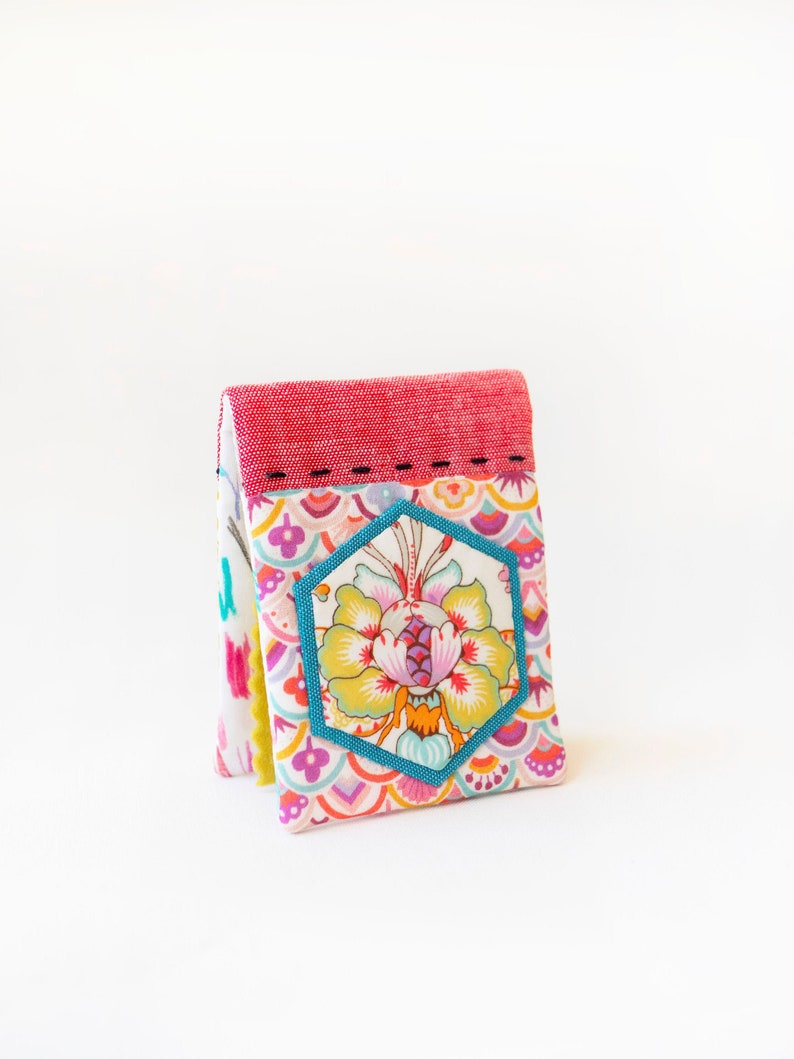 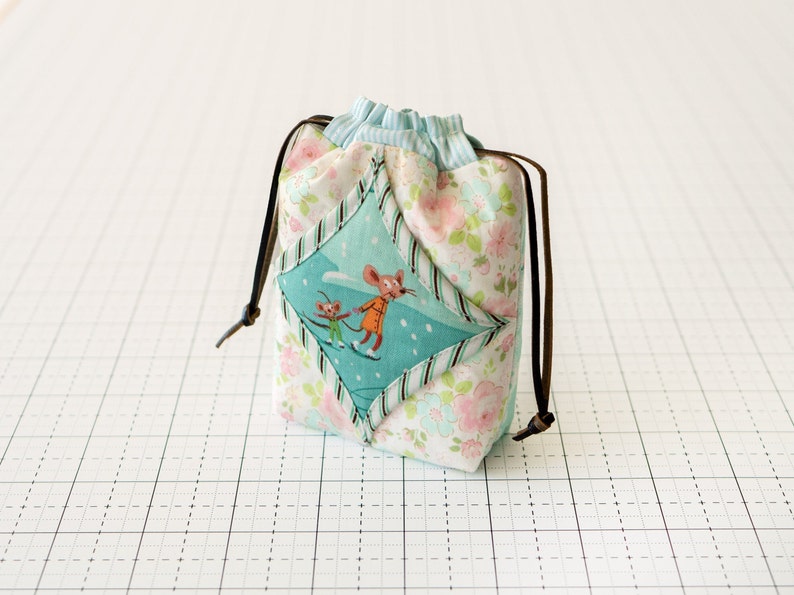 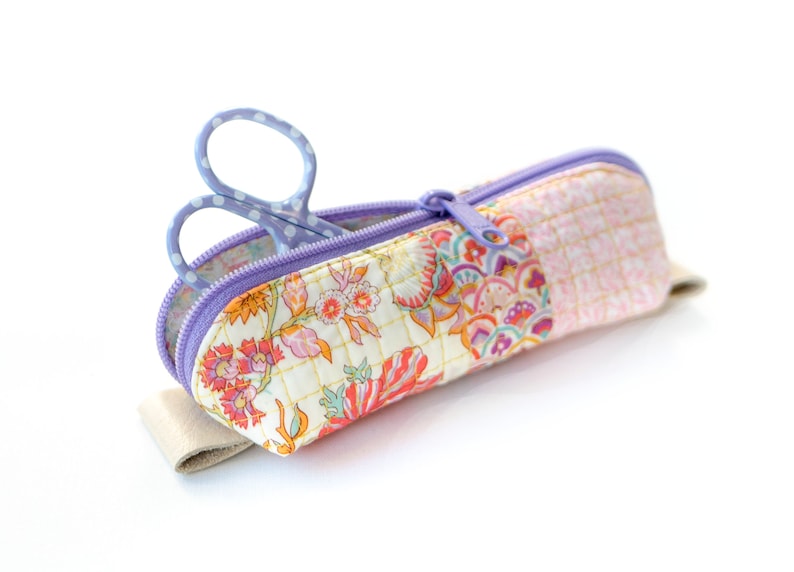 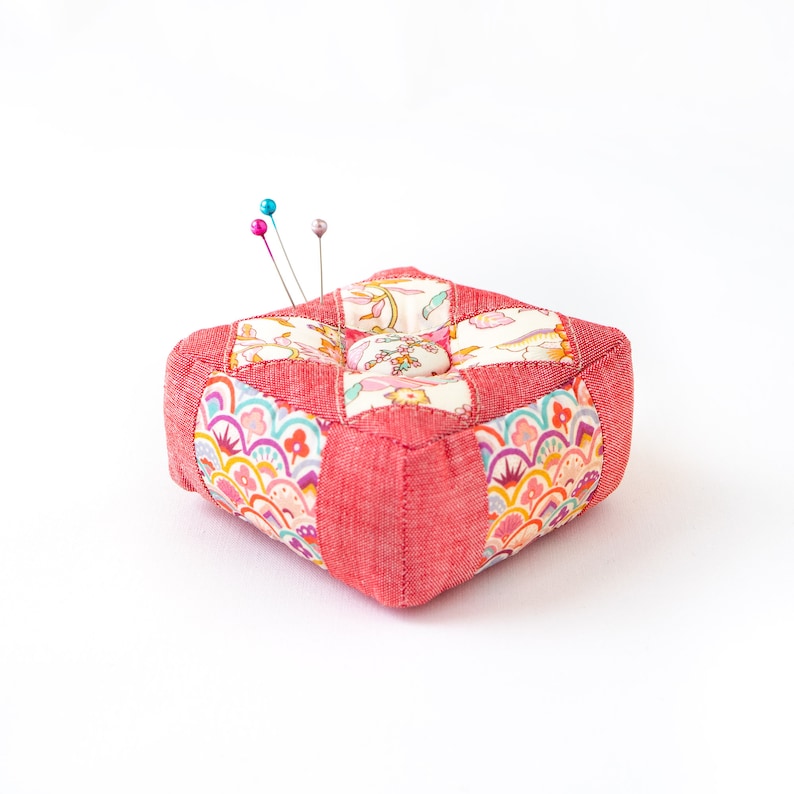 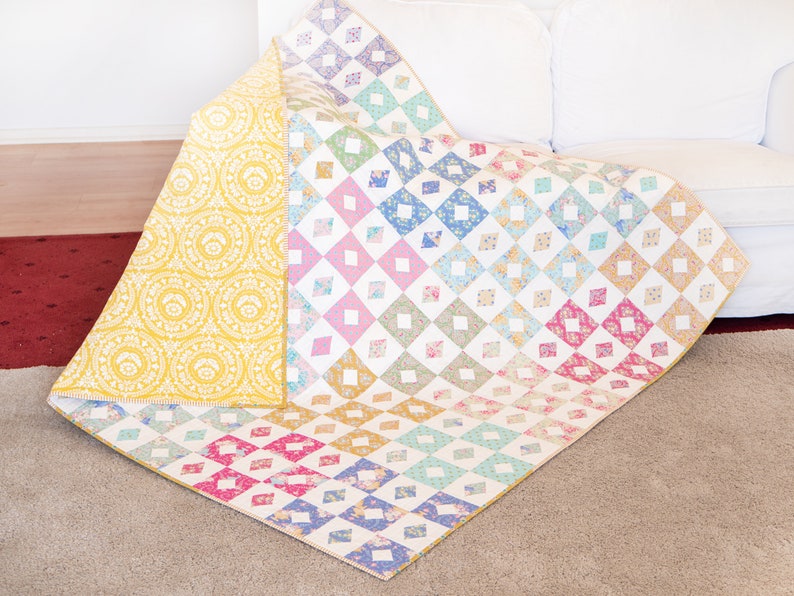