Blog
Latest Posts
Popular
Organisation
Tutorials
Sewing
Quilting
Pattern Releases
Hooray, you're in! Look out for an email in the next day or two.

You can unsubscribe at any time.
Oops! Something went wrong while submitting the form. 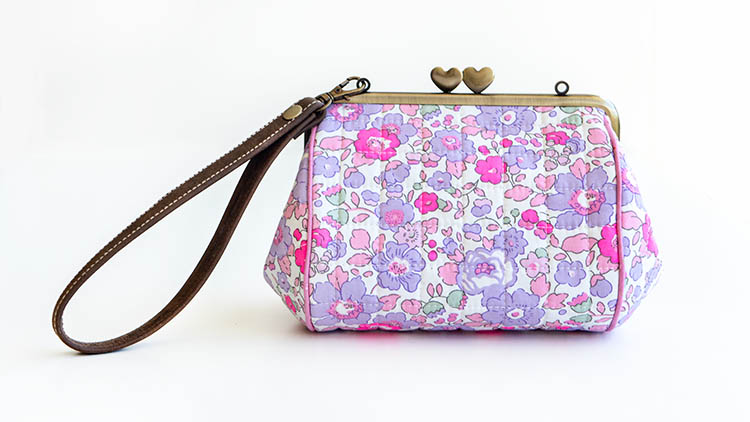 Read all about making this sweet Zakka Heart Clasp Purse. It's stunning in Liberty Betsy!

Zakka Workshop recently sent me their Heart Clasp Purse Kit to review for them.

I've always loved everything with the Zakka style, and loved whatever Zakka Workshop have put out especially their Japanese translated craft books!

This kit is one of their new designs available now, and is the cutest little purse pattern!

I've never made a frame purse before, and while I was confident I could handle the pattern no problems, the frame part was a big unknown.

Being a lovable Valentiney style frame, I immediately thought of the neon pink Betsy Liberty fabric that was in this month's fab Society.

That's it there, the fourth one down!

Now if there's anything I like better than Liberty fabric, it's quilted Liberty fabric, and so I decided that my bag would be quilted, just because it's so fun to watch that texture develop.

I used two layers of batting for this, and opted for batting rather than flex foam because I wanted just a bit more drape to my bag. I also wasn't sure how well a lot of bulk was going to fit inside the frame.

I opted to make my own narrow piping, and used the Witchy shade from the Speckled Ruby Star Society range which even has a sprinkle of gold on it!

I do advise learning to make your own piping if you can...it's one of those skills that once learned opens up a huge range of possiblities!

Not only is it extra classy, you'll never be stuck with just production line shades ever again. 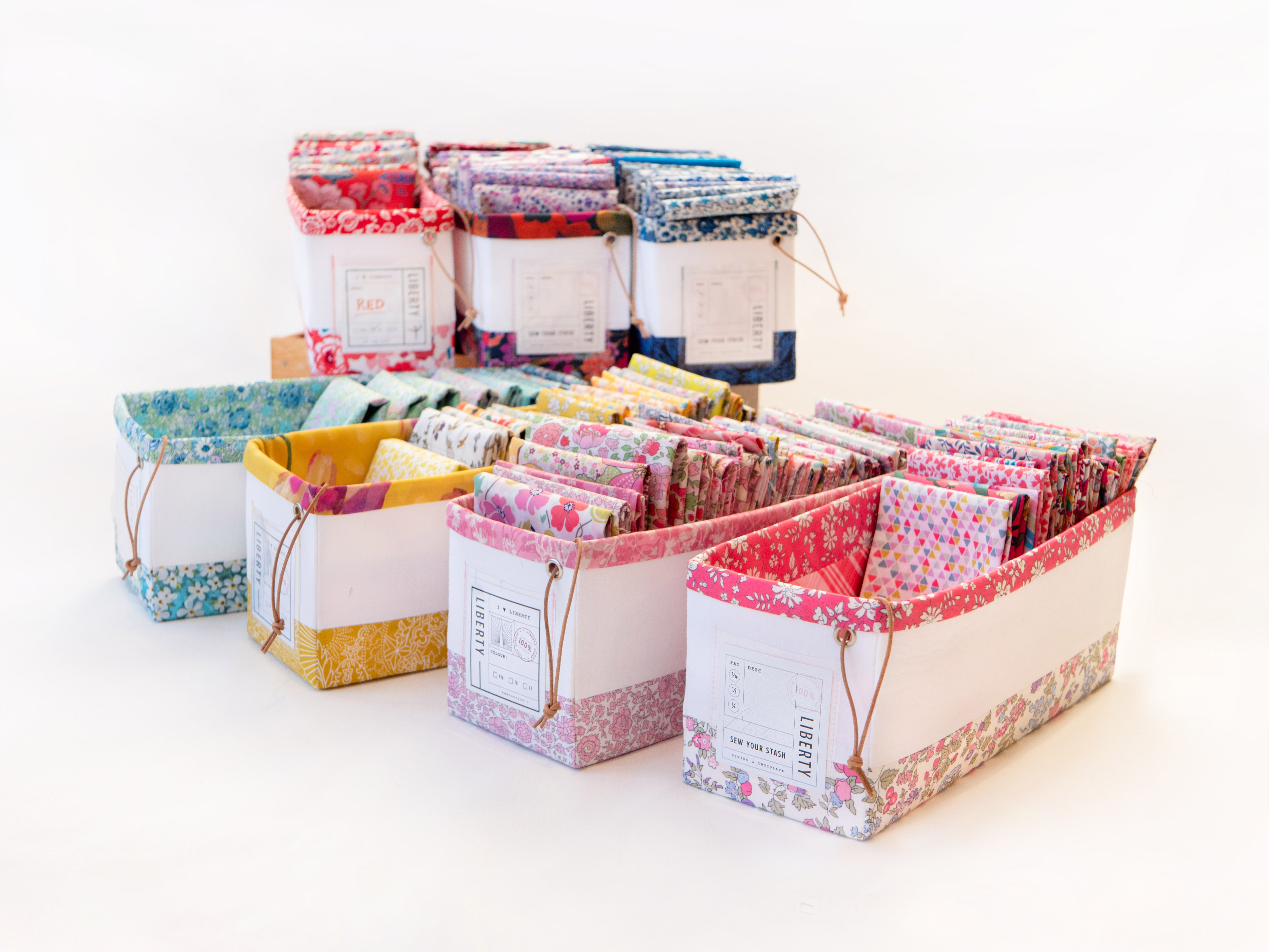 My advice for this pattern is to end your piping 3/4" short of the end of the seam on both ends, so that you're not trying to cram that into the frame.

The binding clips were super helpful for attaching the sides here, as it's not practical to use pins when you've already got several thicknesses. They just help the body of the bag to ease around that curve, and get everything evenly spaced.

But while I enjoyed the making of the bag immensely, it did feel like impending doom approaching as the time got closer to attach the frame.

When you're dealing with craft glue and gorgeous fabric you get one chance to get it right.

See all those tools?

They look the business don't they?

Not something you'd typically see in the same picture as a dainty Liberty!

So anyway...I put my big girl pants on, held my breathe and got to work. It quickly became apparent that even with the piping not being in the seams, those corners were too bulky to fit in the frame.

Cue lots of hmming and ahhing. Then I remembered something I'd heard once about pounding seams to flatten them.

After a little bit of googling, and I realised I had a rubber mallet handy and I just needed to go for it. I covered the mallet with fabric first to project the project.

I did indeed pound those seams, gently at first, then harder, then a lot, then very hard.

They flattened a lot, and I wasn't worried then about getting them into the frame, just about smudging the glue and ruining the whole thing.

See that string there too? Well I might mention that the pattern really doesn't explain what this is for.

It was only on close inspection of the instructions, that it became apparent it's an extra spacer to help the bag have enough bulk to stay up in the frame.

You push that in afterwards with the screwdriver to help really pack it up there.

After the 'dry fitting' which showed that the bag was going to fit properly, I began putting the glue into the frame with a toothpick like it stated.

It was really fiddly. You can't get a lot inside the frame easily, and you do need a fair bit of glue.

When inserting the bag, I started with the centre of the bag, moved to one corner, then adjusted it as needed.

I actually found that my tiny flat head screw driver was way more helpful to push it in than the one they recommended. And the pattern fit the frame perfectly.

It did take a long time to do tho, and of course after the first side, you have to do it all over again.

I managed to only get the tiniest of smears of glue oozing out of the frame, and it's on the inside so barely noticeable.

So here's the rest of the pics of the finished bag...

The lining is candy pink 'Grid' also by Ruby Star Society, and I love what a modern twist it add to the bag, and also echoes the grid quilting on the outside.

I made the pocket from some more January Society Liberty, and embellished with further Zakka touches.

I have to say even tho I interfaced the lining as well, I'm not happy with how the pocket still turned out baggy.

I think the design could be improved it bit if you are going to include an internal pocket.

Can I just add tho, how proud I am of this leather strap. I made it from genuine cow's leather.

It's the most grungy textured thing you can image, and sewed like a dream. I can't wait to make more projects with it!

The real reason it's only attached on one side is that I only had the one lobster clip in the burnished metal finish.

But the official reason is that it looks really cool!

I do certainly recommend this trying this pattern as it's really well written with lots of photographs and extra tips to help you succeed.

I'm not a fan of the whole glue thing. It was super fiddly and stressful, and felt like I was going to ruin it any second. I'm also not sure how much weight the bag will carry before the glue fails.

And in saying that, I am absolutely going to make another one.

Because when you get a result like this, it's all worth it! 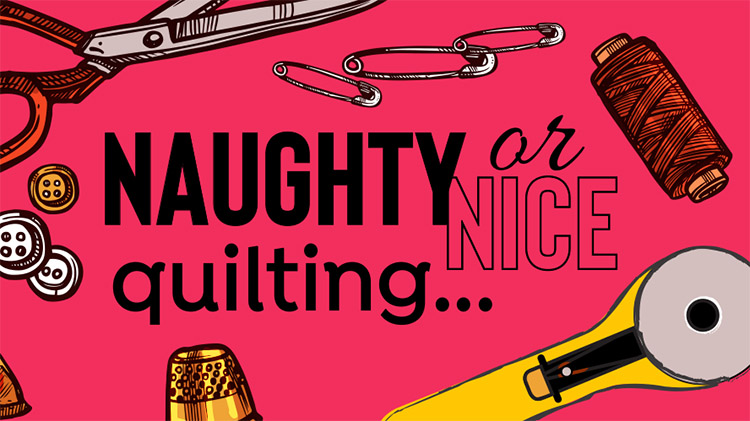 Into the Fray: Quilting with Wovens
Read More 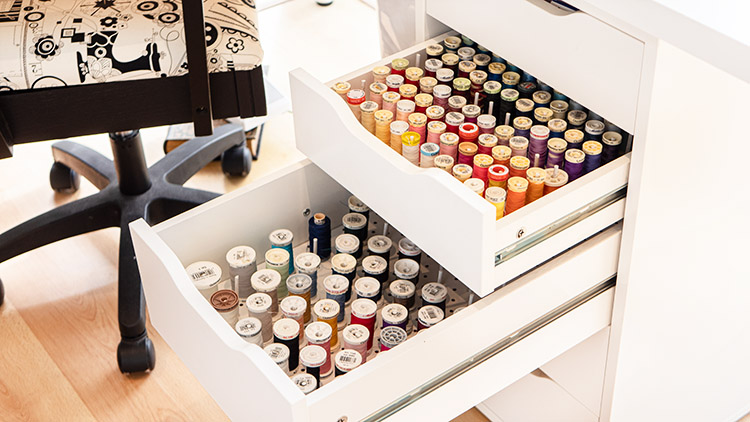 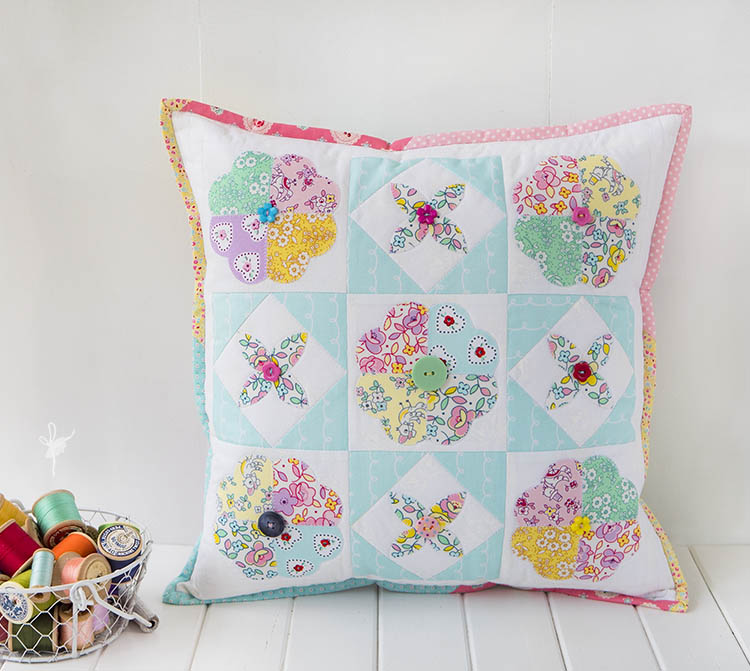 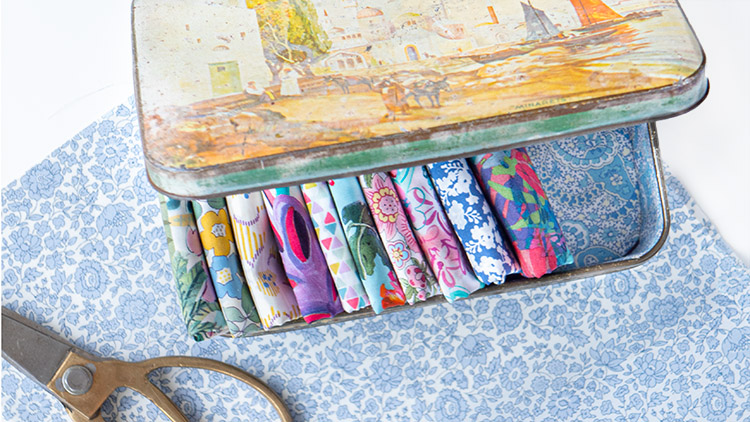 If you're a social bee, get involved with over 400 sewists, quilters, and creators from around the world. Share your creations and get inspired! 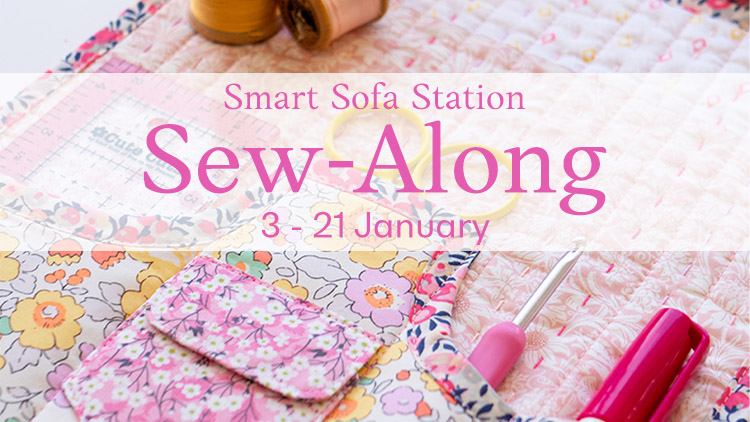 Join us for the Smart Sofa Station Sew-Along
Read More 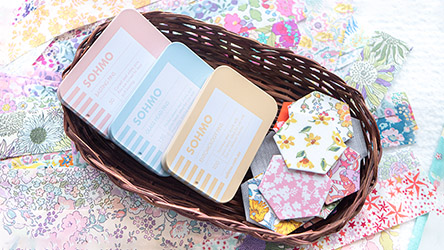 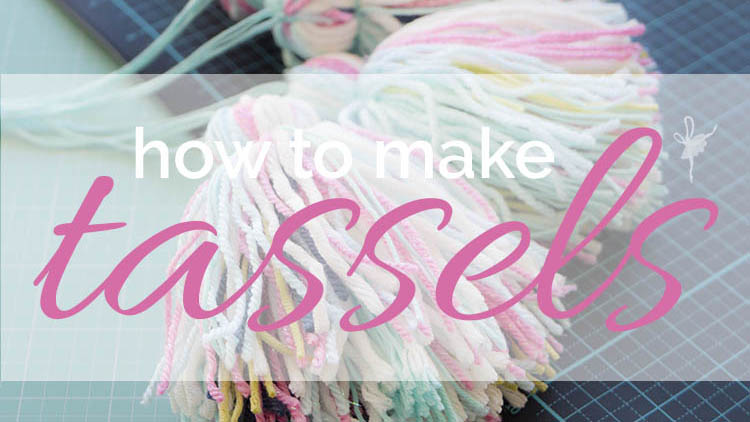 How to Make a Tassel in 7 Easy Steps
Read More 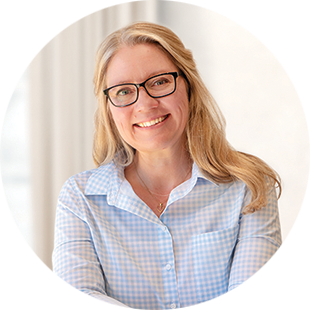 So glad you stopped by for a read! I'm a sewist with a passion for family, creativity, & organisation. 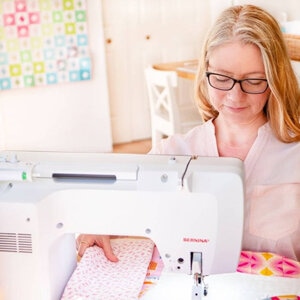 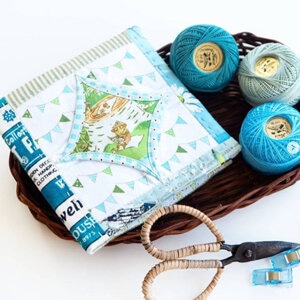 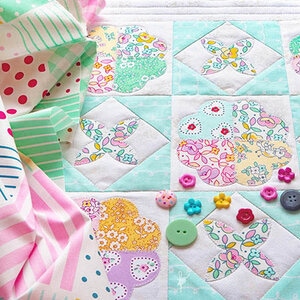 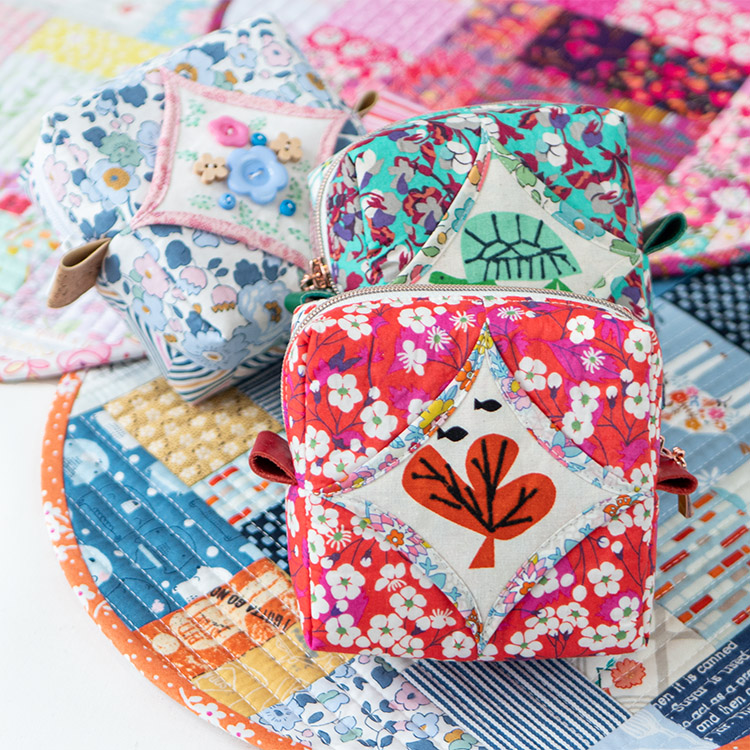 Get stories & updates straight to your email

Join my email newsletter and receive the latest tutorials, posts, events and more via email. You can unsubscribe at any time.

Thank you for joining up! I'm so excited to have you along for the ride!
Oops! Something went wrong while submitting the form.
2-4 emails per month